Acad. Razvan Theodorescu: A Walachian century between martyrs and betrayals

Dates
Tickets
16 lei
The National Theatre of Bucharest will mark the anniversary year Brâncoveanu through a double manifestation which will take place on Sunday, the 26th of October 2014, in the Small Hall, starting 11:00 a.m. The conference A Walachian century between martyrs and betrayals will be held within this event, supported by Acad. Răzvan Theodorescu, followed by the reading performance Dinner with the sun-up by Gheorghe Truță, directed by Răzvan Popa.

Details about the conference
”The sacrifice of the Brâncoveanus ends a century of intelligent and opportunist policy of the Walachian elite where they met, one by one, the waiting for salvation from the Turks from the part of ”Chesar’s empire” – that is, of the Habsburgs – or from the part of the ”Muscovite” dinasty of the Romanovs. Along with this policy, there could also be met: the intelligent negociation, betrayal on every step, hope, despair, the getaway and the magnificence of a bright living on the edge of the abyss. There was the moment that determined irrecoverably our premodern mentality, foreshadowing the Phanariot century, of a brilliant culture, of a European synchronism and of an enslaved life.” Acad. Răzvan Theodorescu
About Răzvan Theodorescu
He was born in Bucharest, on May 22nd 1939.
Education: 1955-1963 – The Faculty of History in the University of Bucharest (with a break between 1959- 1961 because of the suspension from the University because of political reasons, period in which he was an unqualified worker).
Professional activity: Culture historian, Art historian; Doctor in History Science (1972); Scientific Researcher at The Institute of History of Art in the Academy (1963-1987); Professor at the University of Art in Bucharest (since 1990); General Secretary of the South-East European Studies Association AIESEE (since 1994).
Public positions: President of Radioreporting (1990-1992); Member of the National Audiovisual Council (1992-2000); Minister of Culture and Cults (2000-2004)
Member of some professional organizations: Correspondent and tenured member (since 2000) of the Romanian Academy; Correspondent Member of the Archaeological Society from Athens (since 1990); Chevalier (since 1997) and Comandor (since 2003) of the Order of Arts and Letters of the French Republic; Correspondent Member (since 1998) and tenured (since 2002) of the European Academy of Science, Arts and Letters; Member of the Science Academy of the Republic of Albania (since 2006) and of Macedonia’s Academy of Science and Art (since 2006); Great Officer of the National Order for Merit (since 2000); Doctor Honoris Causa in nine Universities.
Published works:
Byzantium, Balkans, Occident at the Beginning of the Romanian Medieval Culture – centuries X-XIV, Ed. Academiei, Bucharest 1974; A millennium of art at Dunărea de Jos (400-1400), Ed. Meridiane, Bucharest, 1976; Medieval Itineraries, Ed. Meridiane, Bucharest, 1979; The Stone of the Three Hierarchs, Ed. Meridiane, Bucharest, 1979; History seen up-close, Ed. Sport-Turism, Bucharest, 1980; Romanian Civilization between Medieval and Modern. The Image Horizon (1550-1800), I-II, Ed. Meridiane, Bucharest, 1992 ; 2nd ed., Princeps Edit, Iaşi, 2006; Roads to Yesterday, Ed. Fundaţiei Culturale Române, Bucharest, 1992; The 900 days of “manipulation”, Ed. Tinerama, Bucharest, 1993; La peinture murale moldave des 15-ème - 16-ème siècles, Ed. UNESCO, Bucharest, 1995; Roumains et Balkaniques dans la civilisation sud-est européenne, Ed. Enciclopedică, Bucharest, 1999; History Drop, Ed. Fundaţiei Culturale Române, Bucharest, 1999;Constantin Brâncoveanu between „The Book House” şi „Evrope”, Ed. Rao, Bucharest, 2006; Our Europe and us, Ed. Capitel, Bucharest 2008; Regards d'historien, Ed. Enciclopedică, Bucharest, 2009.
About 600 articles in Romanian magazines and abroad. 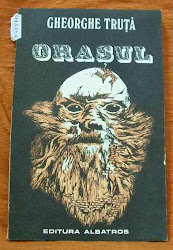 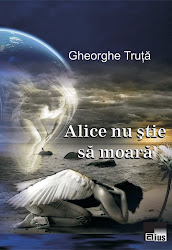